A BEACON of remembrance will be lit in Stanley on Armistice Day to remember those lost in World War I.

Stanley will be illuminated by a Beacon of Light – one of over 1,000 that will be ignited at 7pm on November 11, across Britain – as it falls silent to honour the millions who fought and died in the conflict, which ended 100 years ago.

Stanley Town Council, which has funded the Beacon in Front Street, will light its brazier as the last post is played by a bugler.

Council Leader, David Marshall, himself a veteran, said: “Every year, we remember those who made the ultimate sacrifice and honour them with silent prayer. With 2018 marking the 100th anniversary of the end of World War I, we felt it was appropriate to join with cities, towns and villages across the country in lighting a Beacon, not only of remembrance, but also of hope for a peaceful future.  The Beacon of Light will symbolise the ‘light of hope’ that emerged from the darkness of war.  The four-metre Beacon will become a permanent fixture on Front Street, only moving during the December weeks when we light-up and display the town’s Christmas tree.”

The service will also feature a dedication to the memory of Private Michael Heaviside, a Craghead pit hewer who was awarded the Victoria Cross for valour during the conflict.

The 36 year-old soldier crawled 60 yards across No Man’s Land under heavy fire to bring water and first aid to a wounded soldier lying in a shell hole during the Battle of Arras, risking his life to bring him back to the trenches.

On July 12, 1917, Stanley ground to a halt as locals afforded him a hero’s welcome. Days later, the Durham Light Infantry soldier was presented with his Victoria Cross by King George V.

Stanley Town Mayor, Alexander Clegg, said: “Stanley and the surrounding villages lost many good people in World War I, and while we remember them all, it’s also important we do the same for those who exhibited extraordinary heroics in the face of grave danger. It will be an honour to stand alongside the descendants of Michael Heavisides and recognise the act of uncommon valour of someone who saved a life by putting his own at risk.”

Over 1,000 councils, communities and other organisations nationwide have confirmed their involvement by lighting WWI Beacons of Light.

Everyone is invited to the Remembrance Sunday event, which will take place on Stanley Front Street (in front of the old board school) from 6:40pm on Sunday, November 11, 2018. 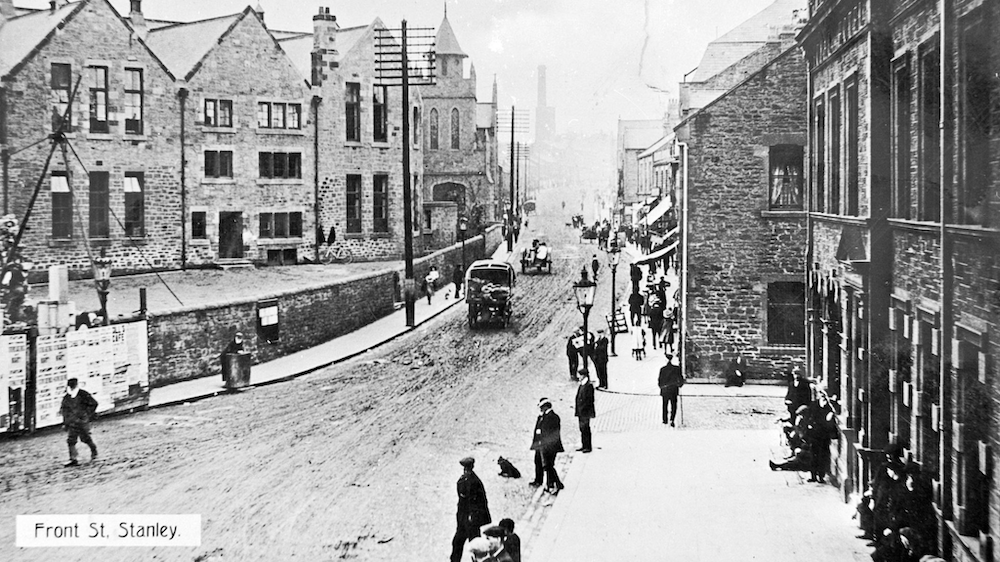 Linked below is the agenda and supporting papers for next week’s Full Council meeting of Stanley Town Council. Business being discussed includes Feedback from the Council’s funding of the SHAID Homelessness Support service, Review of the Council’s Medium Term Plan and a proposal for a heritage plaque to mark the birthplace of Matthew Kirtly.

All Council meetings are open to the public. The meeting will be held at the Civic Hall from 6.30 pm.

The Agenda and supporting papers for the Finance & General Purposes meeting are linked below.  All Stanley Town Council’s meetings are open to the public.  The meeting will be held at the Civic Hall at 6.30 pm.
Agenda﻿
Background Papers﻿