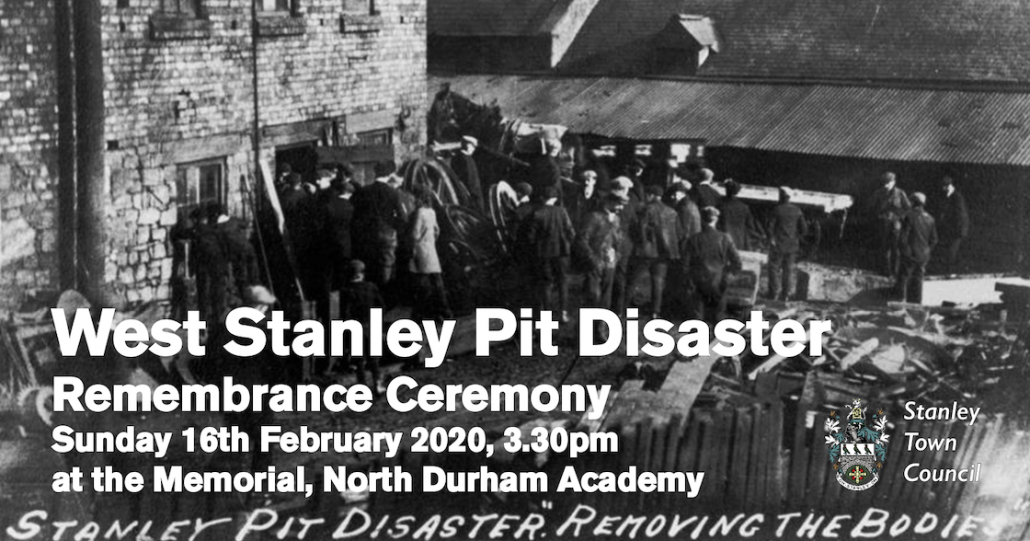 Every year the town stops and pays its respects to the 168 men and boys who were killed on 16th February 1909, when at 3.45 pm, an explosion ripped through the Burns Pit.

It was a disaster that had a huge effect on the town. Over 300 dependents, the vast majority of whom lived in colliery company houses faced destitution after losing their loved ones.

The log book of the East Stanley Board School stated :

“Many of our children have lost father or brothers. The intense grief is unbearable. In my visits I find that 11 of my old pupils have suffered on Tuesday. The West Stanley Disaster has made an awful havoc among our children”

There will be a Remembrance Event held from 3.30 pm on Sunday 16th February. Songs and poems will be sung and recited and the Craghead Colliery Band will perform, followed by the observance of a silence to remember those who died 111 years ago.