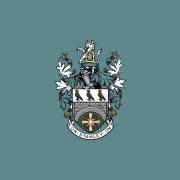 Stanley Town Council has its focus firmly on the feelgood factor, having signed-off a budget aimed at adding colour, lifting spirits, and enhancing the environment.

The cautiously optimistic budget was created with flexibility to allow for unforeseen changes to COVID19 guidance, but it is geared towards providing the area with something to look forward to.

Among the projects bringing colour to the streets will be the return of Blooming Good Fun, a competition encouraging residents to show off their gardens, yards, window boxes, hanging baskets, tubs, open spaces, and businesses. The contest is running for the fourth time and will be the prelude to the town’s entry into Northumbria in Bloom, which was cancelled last year.

Talks are currently ongoing with the idea to restore the Stanley Flower Mine, an earthwork memorial commemorating the 1909 Burns Pit Disaster, which cost the lives of 168 men and boys. The memorial designed by Ken Turnell is one of a series of pieces of public art built along the Coast to Coasts (C2C) cycle path, where seasonal daisies show and fade as the light changes on the natural memorial.

The Council will also be issuing messages of unity following the implementation of a new Council Flag policy that will see the Council flying a variety of flags to coincide with designated days and months as a sign of unity, support and respect.

As well as the return of socially distanced movies and, eventually, shows, funding has also been allocated to bring the Pantomime back to the Civic Hall. A further announcement will be made on the details in the coming months, but it promises to be the biggest and best performance the venue has staged.

Council Leader, Les Timbey, said: “As a Council, we pride ourselves in putting the people of Stanley and the surrounding areas at the very centre of everything we do and every decision we make. That is why we made our pledges to them when the Council was formed, that is why we will consult with communities on the town’s priorities for its masterplan and that is why we are so focused on providing some much-needed positivity in 2021.

“The Government’s COVID recovery roadmap provides us with a rough timeline for what we can do and when, but as each stage of the recovery unfolds, we want to ensure we provide people with something to look forward to and also enhance the environment with flowers, repairs and removal of anything that may cause community blight.”

Stanley Town Council will also add colour to the Civic Hall, embracing a variety of countries, cultures and events via their flag displays. The Union Flag will fly throughout the year from as the first flag, whilst the second flagpole will mark national days like St David’s Day, when the Welsh flag will fly; St Andrew’s, when the Scottish Saltire will be raised; the Rainbow for Gay Pride Month; the County Durham colours for St Cuthbert’s Day; and the Armed Forces flag for Armed Forces Day, to name but a handful.

“COVID19 tore through Stanley and many paid a terrible, unjust price,” said Stanley Town Mayor, Carole Hampson. “But the one thing that pulled us through was the way communities came together to help each other and how we mobilised to support the most vulnerable in our society.

“We want to continue with that spirit of unity by honouring the days of our neighbouring countries, marking the sacrifice of our servicemen and women, standing with LGBQT allies and generally embracing the colours of other countries, cultures and organisations. To truly recover from the pandemic, 2021 must be the year when we all put aside bias and differences and come together to heal and recover.”